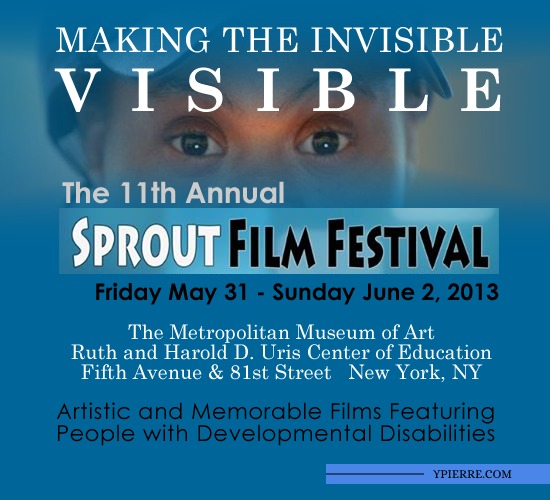 “This year, we are honored to present a diverse selection of films, including an unprecedented number of quality works created by people with intellectual and developmental disabilities. The program features films of artistry, humor and heart that are sure to appeal to those directly associated with the disability community as well as those from ‘outside the choir’”, said Anthony Di Salvo, the Festival Founder and Executive Director.

Some highlights from the 2013 festival program include: Head Games, the highly anticipated new feature documentary about the concussion crisis in sport, from the Oscar nominated director of Hoop Dreams; The Punk Syndrome, a riotous feature documentary about Finland’s punk rock band with a difference (a SXSW Audience Award winner); and the hilarious new offering from MTV’s How’s Your News? crew, featuring a renegade collective of reporters with developmental disabilities, as they investigate the political landscape leading up to the 2012 U.S. election.

To see the complete festival line-up and to purchase tickets, visit: www.sproutfilmfestival.org  (Discounted rates available for seniors, students and individuals with disabilities.)

The Sprout Film Festival is a core program of Sprout, a nonprofit organization founded in 1979, dedicated to offering travel, recreation, and innovative arts programs to people with intellectual and developmental disabilities.