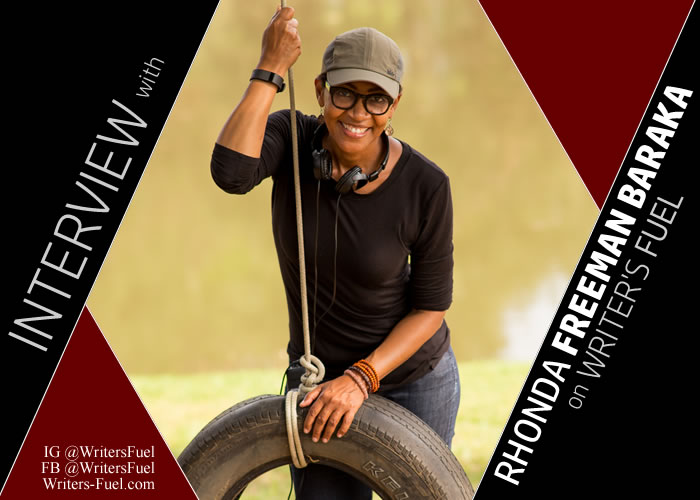 NAACP-nominated writer/director/producer Rhonda Freeman-Baraka made her foray into film with the 2008 production of “Pastor Brown,” a family drama that has been touted as a classic and uplifting take on the prodigal son story.  Directed by Rockmond Dunbar, “Pastor Brown” features an all-star cast, including Dunbar, Salli Richardson-Whitfield, Nicole Ari Parker, Keith David, Ernie Hudson, Tasha Smith, Michael Beach, Tisha Campbell- Martin and Michael B. Jordan.  “Pastor Brown” won rave reviews and garnered wide viewership during its premiere on Lifetime TV in February 2013 and went on to garner six Black Reel nominations, including Outstanding Screenplay (Adapted or Original), TV Movie or Mini-series.

In 2014 Ms. Freeman-Baraka was tapped by TV One to craft an updated version of the Book of Job. The result was the heart-wrenching “To Hell And Back” (Ernie Hudson and Vanessa Bell Calloway). She followed up with the Book of Ruth adaptation “For the Love of Ruth” (Denise Boutte, Gary Dourdan, Loretta Devine and James Pickens Jr).

A series of TV One projects followed. Among them, the two-part holiday series, “Royal Family Holiday” and “Royal Family Christmas,” the top-rated unsung biopic “Love Under New Management: The Miki Howard Story,” the critically-acclaimed adaption of Reshonda Tate Billingsley’s “The Secret She Kept,” and the fantasy-laced “Christmas Swap.”

She has also penned two projects for the INSP network, “Heritage Falls,” which she co-wrote with Shea Sizemore and Gary Wheeler and “Christmas on the Coast.”

Ms. Freeman-Baraka made her entry into episodic television with two episodes of Bounce TV’s “Saints and Sinners,” one of which was the highest rated episode in the history of the series.

Her directing credits include “A Baby for Christmas” and “Merry Christmas Baby,” and TV One’s “Downsized,” starring Nicole Ari Parker and Boris Kodjoe.

Her most recent project is the controversial and critically-acclaimed “Bobbi Kristina” biopic, based on the life of Bobbi Kristina Brown, the daughter of music icons Whitney Houston and Bobby Brown. 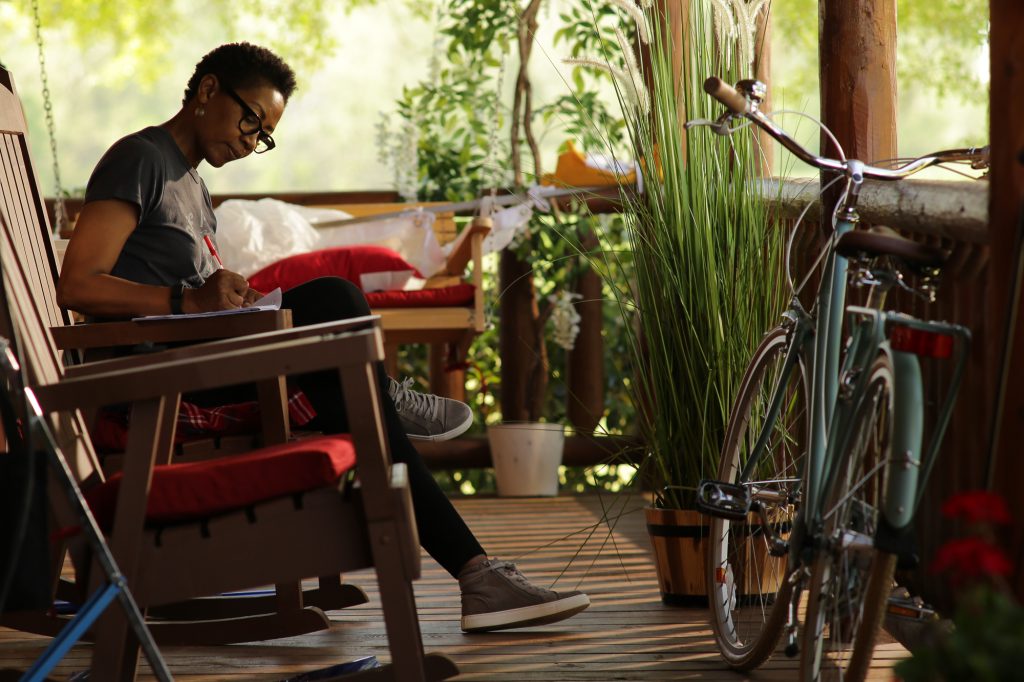 YVONNE PIERRE:  A lot of people are afraid to pursue their dreams due to the fear of failing or success.  What made your push beyond the fear?

RHONDA FREEMAN-BARAKA:  Greater than the fear of failing was that nagging voice that kept asking “what if?” That’s how every great story starts and that’s how every dream starts. I also realized that there will always be fear. There’s fear when you start a new career, fear when you start a new project. That being the case, I simply decided that I might as well be in the race instead of sitting on the sidelines.

YVONNE:  There are many platforms to serve as a writer, what led you to write movies?

RHONDA:  I like stories. I like characters. I like situations Hence, I like telling stories about characters in situations. That’s how we see who people are, what makes them tick, what they’re made of. That’s what storytelling is. Movies allow us to relate in a realistic manner to the people that we see on the screen and the lives that they live and the situations in which they find themselves. It’s like spying and eavesdropping on someone’s life without actually being there.

YVONNE:  Most, if not all, writers are advocates in some way or another.  What would you say the common thread, your advocacy that is in your writing?  Feel free to elaborate.

RHONDA:  I can’t say there is a recurrent theme that runs through ALL of my movies but the one thing that MOST of them have in common is a ‘faith’ element. It may be ever so subtle but it’s usually there. 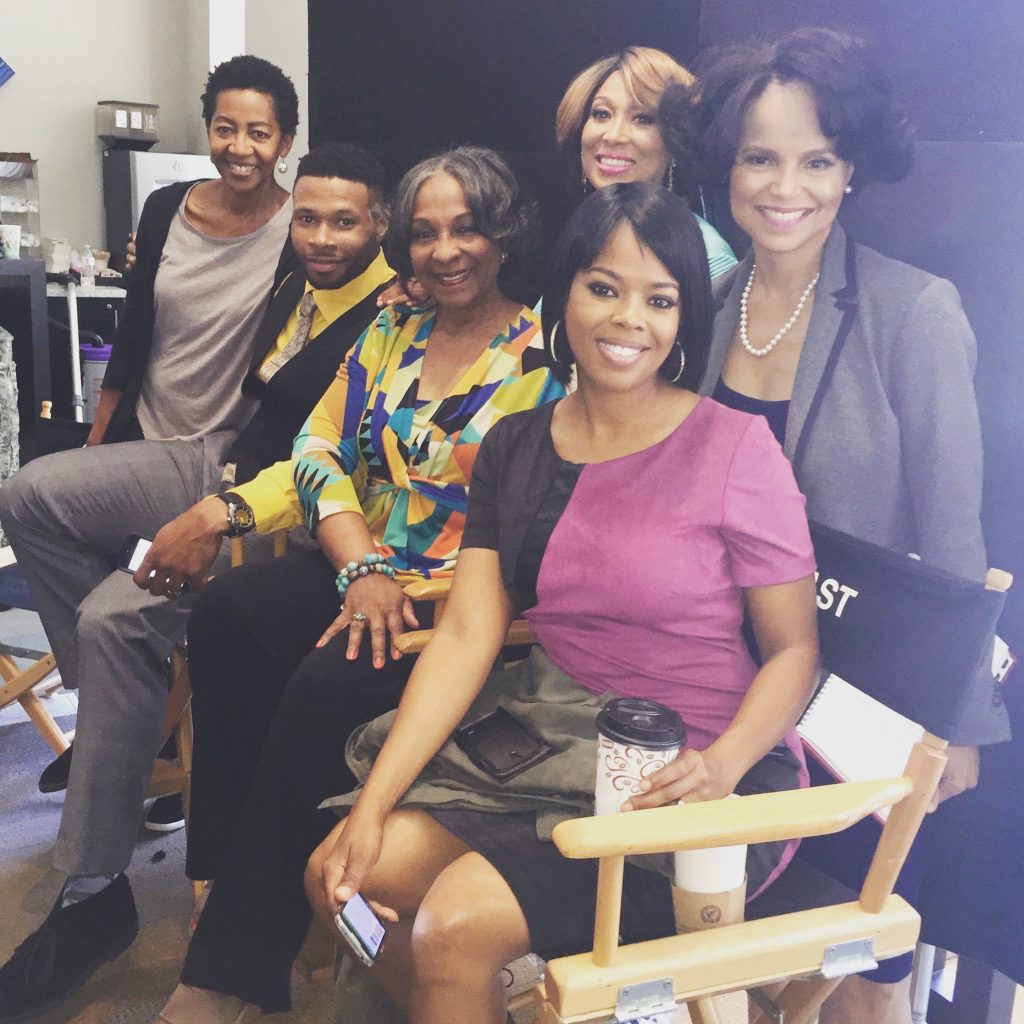 YVONNE:  As a writer, what is one lesson you learned the hard way?

RHONDA:  The greatest lesson I’ve learned is that once you create something, it is no longer yours. At first, that was a painful lesson. Now, I have come to appreciate it.

RHONDA:  I don’t believe in writer’s block in the way that I think most people view writer’s block. I believe that writers don’t write because we are often intimidated by our characters or the stories we want to tell or by our audiences or the critiques of others. Writers don’t write because we lack confidence in our skills and we are certain that the story we want to write won’t be nearly as good as it sounds in our heads. Writers don’t write because writing is not easy! I urge writers to be honest. Don’t blame it on writer’s block. Simply admit that you’re procrastinating or that you’re afraid of what you think the story is bigger than you are. Admit that you’re making excuses. Once you tell yourself the truth, take a deep breath, write the first word. Then the second. And more words after that.

YVONNE:  What life lesson have you learned from one of your characters?

RHONDA:  That’s an interesting question because I often instill my characters with my own flaws. That said, I can’t point to one character in particular but projecting my flaws onto my characters often helps me either accept them or correct them.

YVONNE:  What words of advice would you give up and coming writers?

3 Comments on “Interview with Rhonda Freeman-Baraka”