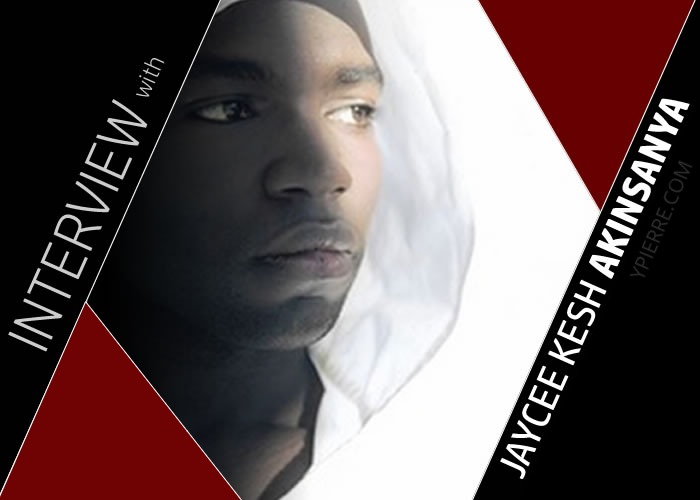 Jaycee “Kesh” Akinsanya is an organic farmer, traveler, the author of “War Momma and Me,” and a remarkable man.

YVONNE PIERRE:  What inspired you to write “War Momma and Me?”

JAYCEE KESH AKINSANYA:  As I traveled around the US back in 2008, America was “at war” in Iraq, my friends would talk about precautionary measures they’d take and how to stay safe.  I reflected on an actual war situation I had been in as a civilian at 11-year-old. I reflected on my compass—my mother’s ingenuity, open-mindedness and knowledge of human interactions, and how she navigated our family to safety. She did it with what seemed to me with ease. I didn’t know what stresses she or my stepfather was going through during our now war situation because it didn’t show on her face.  Men like my stepfather were targeted and so his stress was a little more obvious. During those days, the women really did the wheeling, dealing, and keep families safe. Life seemed to go on although our situation/circumstances had changed from peaceful days to civil unrest days. 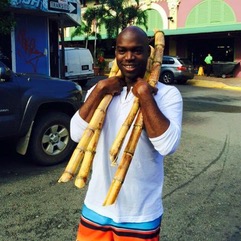 In 2008, my adventures lead me to experience living in a Hindu monastery.  My friends looked at me with respect due to being a “monk” and also having been in such a situation as a civil war and made it out on the other side of it.  So, whatever knowledge I would give them had to be practical and un-stressful. My mom was my go-back-to for perfect guidance.

The book started like that.  And then, ultimately included my coming to America, the struggles of a teenager leaving home when everyone my age was now settling into strong friendship bonds, my spiritual and sexual awakening/exploration, and up to where I am in my life now.

YVONNE:  How long did it take you to write the book?

KESH:  It started as a war journal in 2008, got a bit more serious around 2013, and took the form of a book in 2016. Up until then I only wrote about 30,000 words. Then on September 20th, 2017, I woke up early and wrote for about 4 hours, mostly about my mom and her role in my becoming the person I am.  Almost mystically. Later that night, I got a phone call that she had fallen unconscious. She passed away a week later.  As part of my grieving, I wrote the rest of the 130,000 words from October to February.  The thoughts flowed for hours; I’d wake up at 3 AM daily and write till about 3 PM or sometimes later. My body got very stiff from all the writing, and lack of exercise, so I had to force myself to go on cold winter walks. I also got an inversion table as a way of “getting some exercise in.”

YVONNE:  What was one core lesson you learned about yourself in the process of finishing this book?

KESH:  I learned/recognized that I had it in me. I had the ability to tap into my memories and allow it all to flow on paper. It was a vulnerable process thinking that I was about to “expose” my inner life to the world. But it was also empowering to know that I had been given a great example of a mother’s love because there are some who hadn’t. Through this book, my mom and I could somehow encourage others to be themselves regardless of changing situations and public opinions. My mother would always say, as I searched for my calling for years, that when one’s calling showed up—when one’s time came to step onto one’s stage–it would be as clear as day. Writing this memoir was clear as day, although the circumstances/timing (her passing) was intense. I recognized I had that strength in myself as well; I had gone through a dirty civil war under the guidance of a woman with common sense and self-composure. I had to access that strength regardless of the circumstances.

YVONNE:  What was your biggest challenge in writing this book and how did you overcome it?

KESH:  My biggest challenge was feeling insignificant. I had been in certain life situations where I felt like cellophane—invisible, or where people treated me like I was insignificant. I doubted the need to tell my story. I asked myself many times who would want to hear from me? What was my significance?

But that very doubt answered the reason I needed to write and publish the book. I told myself that someone somewhere was also learning about themselves and where they fit in the world. The book, my story, took on an air of duty—I had been given something that I thought was amazing.  The best way I learned to keep the amazing things amazing was to share it. In spite of my trepidatious feelings, I felt I would be guided and supported by people who understood the importance of the story. So far, the letters, texts, and emails tell me that I made a good decision to finish the book and publish it. 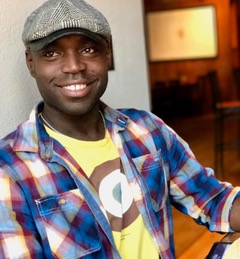 YVONNE:  What do you love most about writing?

KESH:  Writing is one of my happy places. As a kid, I wrote poems and short stories and would visualize those places coming alive. My thoughts seem to be a bit more coherent when I write it down instead of speaking. I also find that when I write things down I can always go back and access what I wrote. A conversation, especially a deep and sweet one, might have so much to remember.  Yet, that thing happens where you wish to recall a point you or someone else made, but your memory fails—not because it was forgotten, but because so many other points were made during the conversation. If I’m lucky and the thought comes back long after the conversation, I make sure to jot it down, so I don’t forget it.

One thing I do when I drive and a thought comes to me is to ask my partner to write it down on my phone so I can access it later. (Don’t text and drive, people.)

Writing can also be a way of touching a heart I may never meet.  Someone could read something in my book and have a life-changing experience. I’ve read books that taught me lessons, but I, for sure, know that I will never meet the authors – like Shakespeare, Chinua Achebe, or Maya Angelou.

YVONNE:  Are you planning on writing more books?

KESH:  Yes. I hope to write at least three more books. There might be more, but four topics were important: My memoir, as a way of introducing myself; a book about traveling, to encourage those who are inclined to explore the world around them; a book about parenting- a very interesting task, given to me one random day by my mom. I am not a parent, and she told me that the word parent has no meaning without a child. The two are like birds of a feather, and there are many books on how to be a parent from parents’ perspectives, but none from the perspective of a child. So how that will manifest, I don’t know yet. And finally, I want to write about being human, accepting oneself wholly—one’s good, bad and ugly, and living with other humans on this journey called life.

YVONNE:  What words of advice would you give aspiring writers? 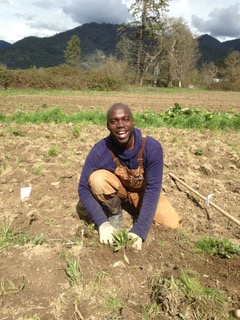 KESH:  You have a gift to give to others through your writing. Your place on life’s stage is meant for you and you alone; if you don’t stand on it with your writing, no one else will. Go for it.

To put it better, in the words of the great maestro Andrea Bocelli: “Every life is a work of art and if it does not seem so, perhaps it is only necessary to illuminate the room which contains it.”

You are that room and your writing will be your greatest art piece. Light it up.

KESH:  If you’re that person who starts to write and want to edit as you write, fight the urge and let the thoughts flow. I’ve lost so many thoughts while trying to edit one thought.

Also, go on walks and get some fresh air, your brain, and butt muscles will thank you. Drink lots of water, writing is hard work. Laugh at yourself– as much as possible. My mom used to say that the problem with the world is that people take themselves too seriously. You are significant.

YVONNE:  Aside from writing, what other projects are you open to?

KESH:  As far as projects, I have been looking at charity organizations that focus on empowering women, men, and children (Humanity). I want some of my book’s proceeds to go towards something useful. My mother was an educator and spent lots of time raising not just her kids, but others in the community as well, so I want to see more educated and thoughtful people give their time to building our communities. I’m also open to public speaking, podcasts, etc.

You can connect with Jaycee Kesh Akinsanya via the links, below: